Euro 2016 has come to an end. This championship has set many records, like the highest team number, the best team performance, superior user engagement and even the highest media coverage in the history of Euro tournaments. But we are not going to tell you about football statistics, as everything is freely available via hundreds of articles and news materials.

As you know, we’ve been sending push notifications to the UEFA Euro 2016 App throughout the entire tournament. Thus we’ve collected some useful information and want to share it with you.

It’s been a while (if it’s not broken – don’t fix it) since we updated our Pushwoosh Cordova Plugin. Finally, 6.0.0 version has been released! What’s new in 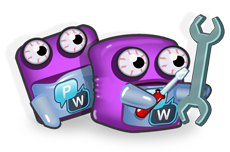 Hi everyone! We are going through the massive hardware upgrade on Tuesday, July 16. Starting from 11 CEST you may experience some connectivity issues. This period will last 15 minutes at most, and